Anzhi fired coach, for sale all the stars?

Anzhi fired coach, for sale all the stars? 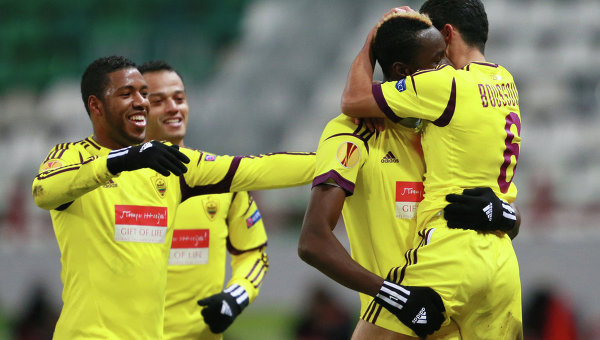 Dutch coach Rene Meulensteen, a former employee at the football academy of Manchester United, was fired as manager of Anzhi Makhachkala just 16 days after he got the job
Dagestan team is 49-year-old Dutchman joined the first of July this year as an assistant to Guus Hiddink. Having a famous coach resigns after two preliminary rounds of the new championship, Meulensteen succeeded him as head of the coaching staff.

His dismissal is through their Twitter profiles published Chairman Konstantin Remchukov also announcing that club annual budget with 180 cut at only 50-70 million.

This means that the club will sell the core of the team, at least one top-quality and expensive. Samuel Eto'o, Lassana Diarra, Willian, Aleksandr Kokorin, Igor Denisov and Christopher Samba will probably have to seek new employers.

Reasons for cutting costs at the club so far, can only speculate. One theory suggests that eksecentric owner Suleyman Kerimov job lately is not going too well. The second, however, suggests the possibility that Kerimov enough spoiled stars that cost a lot and play poorly.

Hollander will on the bench, and it was written by Remchukov, inherit Gadziev.

at 5:41 AM
Email ThisBlogThis!Share to TwitterShare to FacebookShare to Pinterest
Labels: Russian news