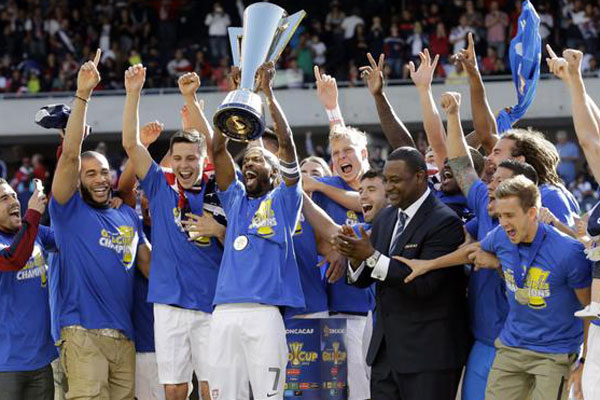 USA in the final of the "Gold Cup" celebrated against Panama with 1:0 and again after six years governments in the region


The last two editions of this event is that the championship of North and Central America won the Mexicans.

"Yankees" are returned to the home ground, this is the first trophy from Jürgen Klinsmana when he sat on the Americans. In the final host to close to 60 000 people on "Soldgers Field" in Chicago won with 1:0.

Panama is holding very well, but they were reservists Brek Shia, otherwise footballer Stoke crashed in 69th minute. Panama is in the semifinals and won the Mexicans and showed in the match for a trophy that is not accidental surprise of the tournament.

Otherwise, the Americans are in an unlikely series from defeats in May from Belgians in the friendly match, they got 11 matches in a row.

at 11:04 AM
Email ThisBlogThis!Share to TwitterShare to FacebookShare to Pinterest
Labels: Gold Cup