Al Qaeda attacked Tottenham because of Bale: "Greedy Jews, God will be punished you "

Al Qaeda attacked Tottenham because of Bale: "Greedy Jews, God will be punished you" 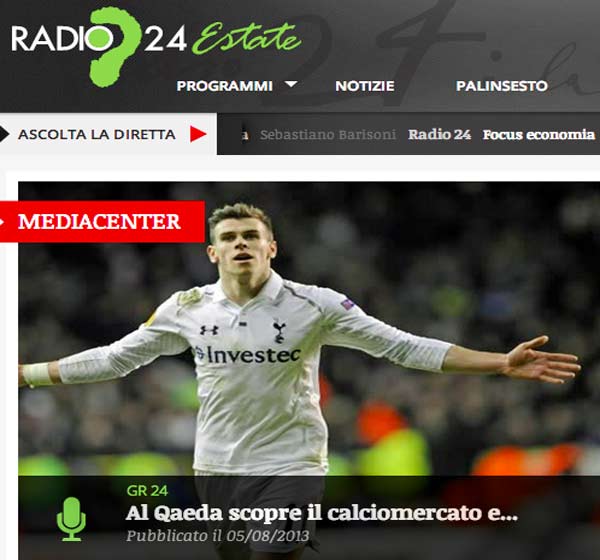 A variety of local sites today published a story about Al Qaeda that is publicly spoke out and discuss their dissatisfaction with the behavior of 'greedy' people from Tottenham.

The story that was first conveyed site Il Solec24 Ore., claims that Ahmed Al Dosari, a leader of Al Qaeda from Yemen, publicly presented his opinion regarding the transfer saga related to Gareth Bale.

Specifically, Al Dosari is on an unnamed website attacked Tottenham which requires 100 million for Bale, describing the leaders of the club from London as 'greedy Jews'.

"The Jews will be punished for their greed, you will receive God's anger and his weapons." is the message of Al Dosari.

Otherwise, Tottenham is traditionally known as a club with a prominent Jewish history as a club that has a deep and unbreakable connections with the Jewish society in the north of London.

Club from London has for some time in the spotlight football public, because Bale transfer to Real Madrid for who Tottenham wants to become the most expensive transfer in the history of football.

at 10:33 AM
Email ThisBlogThis!Share to TwitterShare to FacebookShare to Pinterest
Labels: Scandals