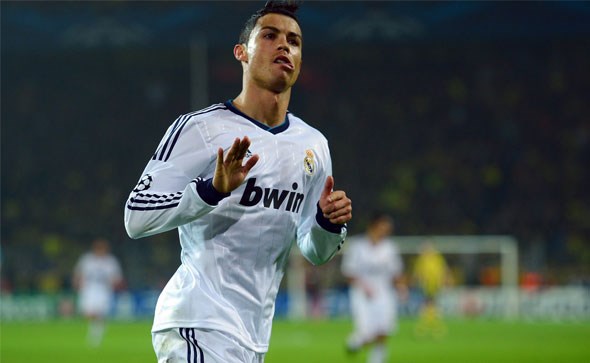 Cristiano Ronaldo will be a Real Madrid player to 2018th year


Portuguese footballer according to the Marca extension contract itself provided the second largest salary in world football, from 17 million euros per season. Lionel Messi in Barcelona for example has a salary of 16 (13 fixed + bonus). Higher annual income has only Samuel Eto'o from Anzhi - 20 million.

New guy in the ranks of Barcelona Neymar has guaranteed 15 million. The contract was signed a month ago, and today disclosed its contents. Previous was running 2015th year and to speculate about going to Manchester United, Monaco and PSG.

"I can assure you that Cristiano end his career at Madrid," said recently Florentino Perez, and now everything is received and confirmation.

Under the previous contract, Ronaldo was the owner of 60 percent of the marketing rights, and the club 40 On the basis of a new, Portuguese and Real have agreed that the new division is 50-50, with that club reserves the right to profit from the sale of products with a CR7.

It is expected that the contract extension has been officially confirmed in the next 12 days, or until the start of the new season in the Primera.
at 9:54 AM
Email ThisBlogThis!Share to TwitterShare to FacebookShare to Pinterest
Labels: Premiere