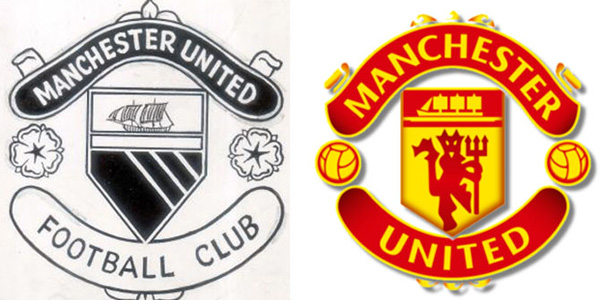 Hoping to get close to the fans, the owners have decided to return, "football club" on the emblem


Leaders Manchester United have decided that after 15 years returns the words "football club" on its coat of arms, hoping to make it somewhat close to the Glazer family, owners of the club and the fans who were from the arrival of the Americans against them.

The word "football club" has been removed 1998th year, due how they then specified, the easier digital reproduction or advertisements. However, fans were then against changes emblem, which Glazer want to take advantage and now demonstrate that they care about the team, not just to work.

"We are a football club, not a business," said United's new CEO Ed Woodward, who 15 years ago was against changes emblem. Woodward, who recently replaced the director David Gill said that Glazer, although many do not think so, and you are interested in the future of the club and that it will not sell despite financial hardship. "These are long-term owners. They bought club eight years ago and for a long, long time to be in it." said Woodward.
at 5:57 AM
Email ThisBlogThis!Share to TwitterShare to FacebookShare to Pinterest
Labels: Europe News, Premiere League