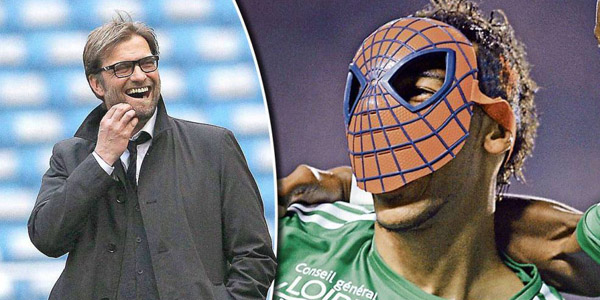 Borussia manager Michael Zorc is already in France, where it needs to implement the transfer of attacker who last year scored 19 goals.

This story special "mood" is the fact that the football player from Gabon pretty eccentric person.

It favors his goal celebration in October last year when he put on a face mask Spiderman, dedicating his former goalkeeper Jeremeieu Janota, his great friend and a passionate lover of comics.

Aubameyang is currently the fastest football player in the French league, explosive and very ambitious, and by German media are seen as an ideal replacement for Robert Lewandowski.