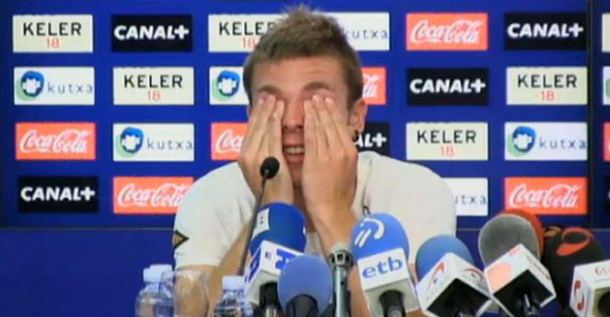 
From both Real have confirmed that the transfer was agreed, according to information coming from Madrid, Kings are in the name of compensation Sociedad paid out 30 million euros.

Illarramendi will next six seasons to be bound by the contract for Real. Officially will be presented to the press on Saturday at 13 pm.

Real new coach Carlo Ancelotti long ago gave approval for the signing of talented players, who will earn an annual 2.5 million euros. And Illarramendis teammates were confident that will happen his transfer to Santiago Bernabeu as Illarremendi sympathized with the Kings.

It is about 23-year-old midfielder who for Sociedad in three seasons played 54 matches.

at 6:58 AM
Email ThisBlogThis!Share to TwitterShare to FacebookShare to Pinterest
Labels: Ilarramendi, Premiere, Real Madrid, Transfers