Neymar got an unusual command from Barcelona

Neymar got an unusual command from Barcelona 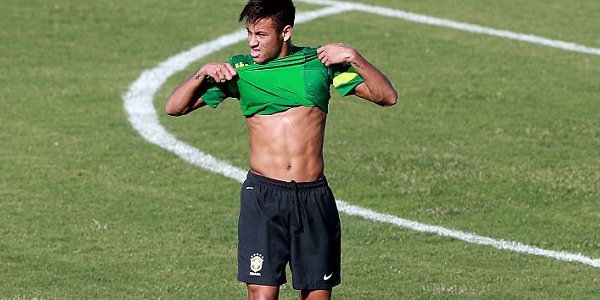 The biggest reinforcement of Barcelona in this transitional period the Brazilian Neymar, who still has to prove playing in Europe


Neymar is no doubt one of the greatest talents in the world of football, but now he has to prove that in Europe.

However, the medical service of Barcelona is worried about Neymar.

It's not about a injury, but Neymars weight, and the doctor Catalonian team ordered the Neymar to gain weight a few pounds.

In Barcelona fear that Neymar due to its weak structure could easily become the target of strong stoppers, and that it could have prevented the thinness hereafter developing and getting used to the European style of football.
at 7:50 AM
Email ThisBlogThis!Share to TwitterShare to FacebookShare to Pinterest
Labels: Europe News