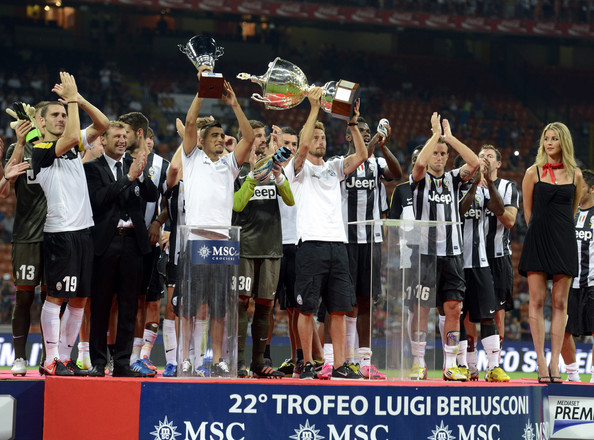 Milan has confirmed that this summer a friendly competition, "Berlusconi Trophy" will not be held


The match between Juventus and Milan, which is played in honor of Silvio Berlusconis father, Luigi, is played before the start of each season from 1991st year.

However, this game will not be played this season due to Milan's participation in qualifying for the Champions League.

"Trophy Team" will be played on July 23, and it will take part AC Milan, Inter and Juventus," according to a statement Milan.

"Because of the participation of AC Milan in qualifying for the Champions League,"Berlusconi Trophy" will not be played this season," added the statement.
at 5:51 AM
Email ThisBlogThis!Share to TwitterShare to FacebookShare to Pinterest
Labels: Europe News, Serie A