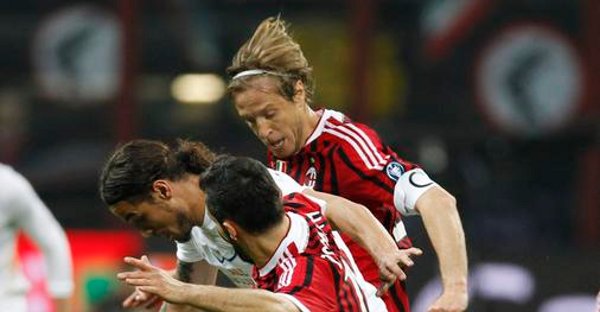 Veteran in the ranks of Milan Massimo Ambrozini will not play for his team in today's derby with Serie A team Napoli.

Coach Massimiliano Alegri will not be able to count on either Masimo Ambrossini, now missed the last practice before today's match with Napoli.

On the other hand, Mario Baloteli has won the last match with Fiorentina ban on three match not playing due to yellow cards and offending judges.
at 12:05 AM
Email ThisBlogThis!Share to TwitterShare to FacebookShare to Pinterest
Labels: Serie A