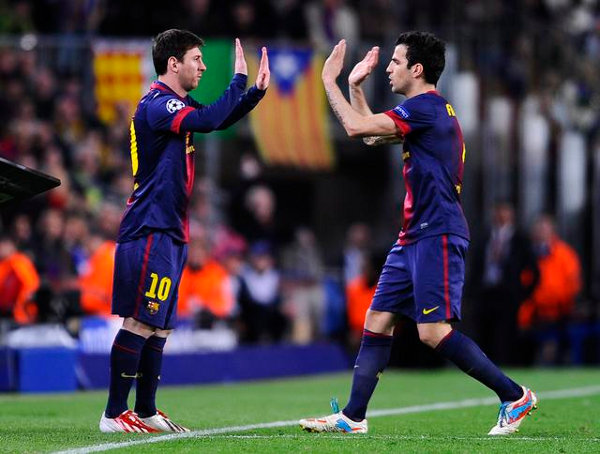 The best football player of Barcelona Lionel Messi was not found in the composition of the team for the guest appearance in Saragosa, as the leader of the championship Spain wants to rest a few players before the season finale.


The match on Sunday will miss Andres Iniesta, Serhio Buskets, Jordi Alba and goalkeeper Hose Pinto. Messi is injured tendon last week and was on the bench in the Champions League match against Paris St Germain on Wednesday, but he helped his team to equalize and placed in the semifinals. The club has announced that Buskets injured groin, and that Pinto has pain in the back, while the professional staff decided to rest Iniesta and Alba. Barcelona has 13 points ahead in the first place tables Primera. In the semi-finals Champions League play against Bayern in Munich.
at 12:11 AM
Email ThisBlogThis!Share to TwitterShare to FacebookShare to Pinterest
Labels: Premiere