Chelsea with defeat to semifinals 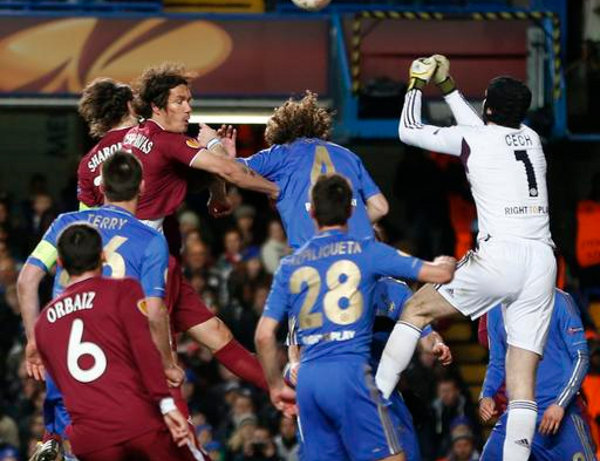 In the first rematch of Europe League quarter-finals , Rubin mastered in Kazan Chelsea, but thanks to the triumph in the first match at ''Stamford Bridge,'' among the four best teams in this competition go'' Blues''.


Recall, Chelsea in tonight's rematch into Kazan came with an advantage with 3-1 in the first match, and Rubin was not sufficient triumph in front of their fans with 3:2.

A job'' Blues'' has been facilitated by Fernando Torres, who was already after five minutes put the guests into lead. Then comes the period of concrete and offensive game from Rubin, but their attacks until the end of the first half were unsuccessful.

However, beginning of the second half, assisted by the Markan Orbaiz however brought Rubin equalizer, but the home crowd's joy did not last long, since Moses just four minutes later brought a new advantage'' Blues - 1:2.

Until the end, the team has succeeded Rubin reversed Karadenisi with goals after 62th minute Nacho and the penalty in the 75th minute, but the final 3:2 were sufficient only for their comforting triumph.
at 1:50 PM
Email ThisBlogThis!Share to TwitterShare to FacebookShare to Pinterest
Labels: European league