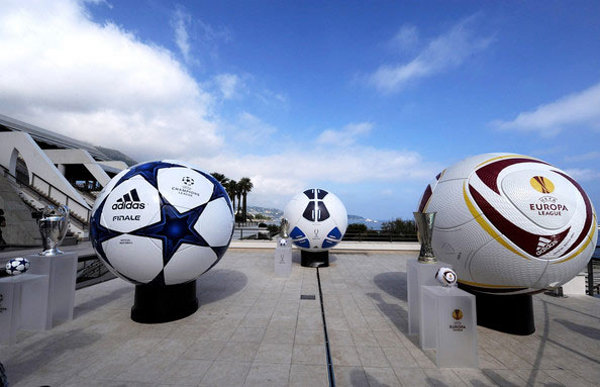 Bayern will meet in the first match with Barcelona, ​​while the teams that played in the group, Real and Dortmund again attenuated power! Drawn Doubles Semifinals European league, Fenerbahce in the first match played at home against Benfica, champion of Europe will play in Switzerland.

Bayern - Barcelona
Borussia - RealNo "El Classics" in the semi-final, Bayern drew Barcelona, ​​while Borussia play against Real Madrid. Bavarians and the Catalans have not played too often in Europe, it will be an interesting duel Guardiola past and present.

As far as Real Madrid and Borussia, memories are fresh in the fall, the teams met in the group are the "millionaire" were winners. In Madrid, it was 2:2, Germans celebrated with 2:1 on the "Signal Iduna Park".

But that does not mean anything, if you look at tradition, Real has a much better score of Dortmund, mastered them in the semifinals before triumph the 1997th against Juventus in the final in Amsterdam.

The matches are on the program 23rd and 24th April rematch a week later.

Rud Van Nistelroj pulled pairs semifinals, the Turks for the first time in the semifinals will be met with Benfica. The Portuguese were the last European trophy won even half a century ago, they have lost five finals, this is their second semi-final in the last three years in this competition.

Let us remind that before three seasons were eliminated by Braga.

Chelsea will in Basel in the first match. European champion's favorite, the Swiss have no experience at this level, but will again in London, going to them this season, were eliminated in the previous round Totenham.
at 3:57 AM
Email ThisBlogThis!Share to TwitterShare to FacebookShare to Pinterest
Labels: Champions League, European league