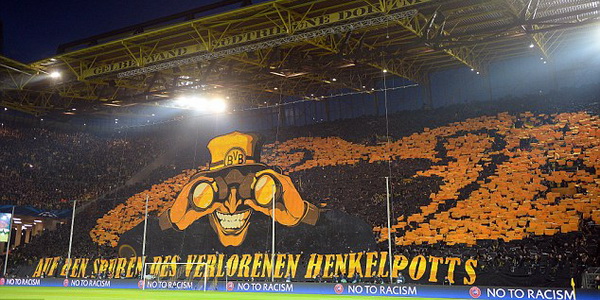 
It was spectacular in the field, where their favourite are in the final for infarct, with two goals in injury time , kicked Malaga and placed among the top four teams the Champions League this season.

Although this anthem nominal "ownership" of Liverpool, whose supporters was first started singing on his Cop at Anfield stadium in numerous other clubs can also be heard. This hymn used Celtic fans, Feyenoord, Twente and Cambuur, Borussia Dortmund, Mainz, Kaiserslautern, Borussia Monchengladbach, Aachen, St Pauli, Darmstadt, Club Brugge, and Japanese teams Tokyo.
at 9:20 AM
Email ThisBlogThis!Share to TwitterShare to FacebookShare to Pinterest
Labels: Champions League