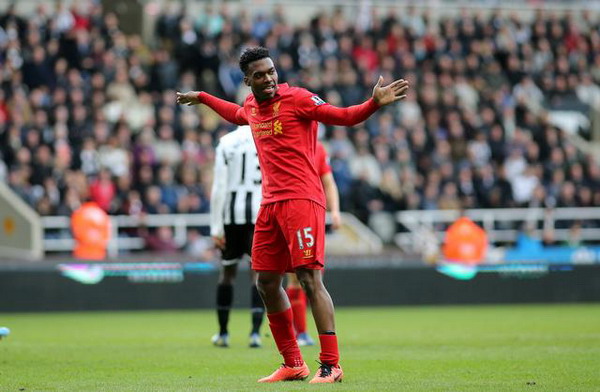 Liverpool striker Daniel Sturridge has returned to first team training, although Brendan Rodgers has admitted he is way short of match fitness


Sturridge hasn’t featured for Liverpool since August and Liverpool have lacked goals in his absence.

Over the Christmas period, Sturridge was away in America spending part of his recuperation time with the Boston Red Sox.

“Daniel Sturridge is back and working well but obviously not ready to play as of yet,” said Rodgers. “But he is working well and hopefully in the near future he’ll be ready.

“Time will tell (when he can return). We just want him fit and there is no timeline on that. He is working hard and he’s back into the final stages of his rehab here at the club.”

Liverpool have been handed a further boost by the news that Adam Lallana has returned ahead of schedule and has is also training.

Lallana was expected to be out for up to a month, however Rodgers believes he could be fit for Liverpool’s Capital One Cup semi-final first leg clash with Chelsea.

“Adam is ahead of schedule in terms of his rehabilitation and we are hoping he can join the group tomorrow to train,” said Rodgers.

“If he is not available for the weekend he certainly will be by Chelsea. He was playing very well before the injury and had settled into the club very well. He will get better as his time progresses at the club.”