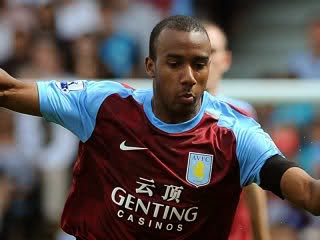 
The club appealed the decision, however the Football Association rejected their case and Delph will miss Villa’s next three matches, starting on New Years Day.

The dismissal was the third in five home games for Aston Villa, although the red card shown to Gabriel Agbonlahor against Manchester United was successfully appealed.

Villa manager Paul Lambert claimed the decision was “harsh”, before adding he would appeal the decision, although the club have been unsuccessful.

He will miss Villa’s fixtures with Crystal Palace, Blackpool in the FA Cup and Leicester City.

The match was only the fourth Delph has featured in since returning from a serious shoulder injury.