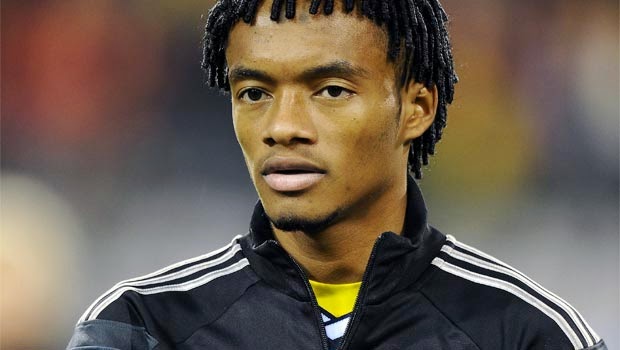 Race for the Colombian star is more interesting, but Fiorentina has plans for Juan Cuadrado


The report claims that the Colombian World Cup star has agreed terms with the Tuscan club and the final details are now being tied down. Fiorentina are also reviewing the player’s bonuses and the image rights. It is believed that Cuadrado will now have a release clause of around €35m. With the final details being laid upon, Cuadrado is now expected to sign the contract extension on Friday.

Right throughout the summer, United and Barcelona were interested in the player, but rumours died down due to the lack of substantial bids. However the Red Devils will be really disappointed with Cuadrado’s new contract. The 26 year old would have easily fitted in Louis Van Gaal’s setup at Old Trafford.

What do United miss out on: Cuadrado is immensely versatile capable of playing either as a right winger striker or a wing back. His dribbling ability is an added bonus besides the player being a brilliant passer with great vision. Cuadrado also possess the ability to take on defenders with his raw pace and is a ferocious striker of the ball.