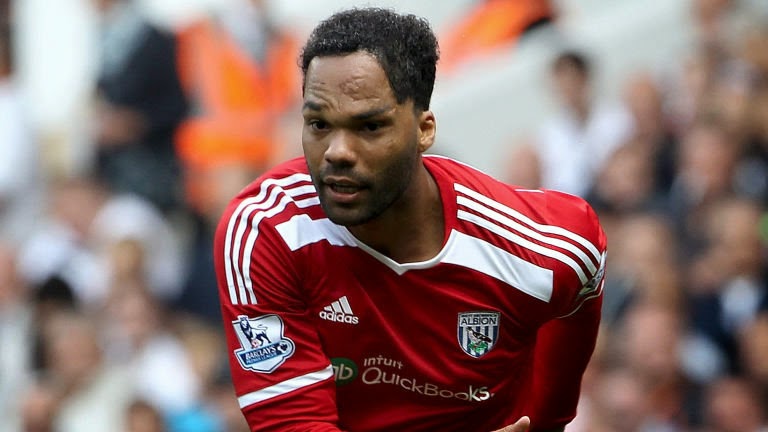 West Brom goalkeeper Ben Foster has praised the clubs defender Joleon Lescott, who made ​​his debut in the 1-0 win this week away to Tottenham

The Baggies were without a Premier League win until their shock win at White Hart Lane, with Lescott superb in the heart of Swansea's defense.

Lescott arrived on a free transfer from Manchester City in the summer and will be a key player in West Brom's battle against relegation this season.

Injuries had delayed Lescott's delayed and Foster was full of praise for the center half following his commanding display.

"Fair play to 'Joe', the way he read the game on Sunday was absolutely incredible. His vision is fantastic and it's nice to have players like that in front of you, "Foster told the Express and Star.

"We saw it with Craig Dawson as well, he was heading, kicking, blocking and everything. He was absolutely top class as well.

"Joleon has been unlucky. He's had a few little knocks and injuries and when you do not get a good pre-season under your belt it can set you back a few weeks and, in Joleon's case, a good month really.

"He's been eager to get back in the starting line-up and he did himself no harm on Saturday with that performance, Which was absolutely fantastic.


"If him and Daws are going to play like that every weekend it will help us no end. It was good to get off the mark with a win as well. "