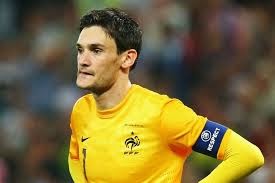 Paris Saint Germain were heavily linked with a move for Lloris, however France’s number one has opted to extend his stay at White Hart Lane.

Lloris revealed he was impressed with new manager Mauricio Pochettino and he was a key factor behind him signing a new contract.

“I spoke with the chairman and I know the club is as ambitious as ever,” Lloris told the club’s official website. “It’s very important to feel at home at a club and for my family to feel well.

“I enjoy a great relationship with the club and the fans. The arrival of Mauricio Pochettino is important as well. I have a good feeling with him. He is also ambitious.

“Everything is clear in my head and if I’ve signed a new contract it’s because I trust the Club and I’m sure we will progress in a positive way.

“Last season wasn’t the season we all hoped for but we were still able to finish sixth in the league. We know where we have to improve, the Club also knows and there is a feeling and a confident connection between the Club and the players.”

Tottenham signed Lloris from Lyon in 2012 and he has since made 78 appearances for the club.