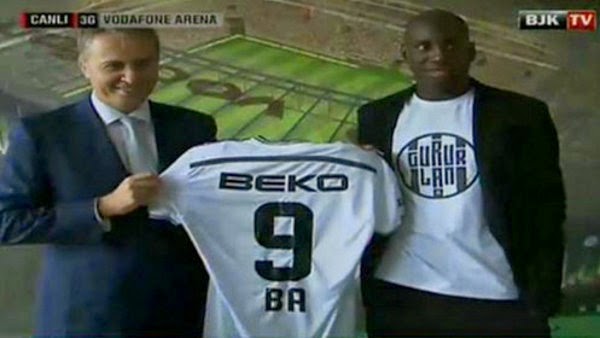 Chelsea striker Demba Ba has arrived in Istanbul, Turkey and complete his move to Besiktas

Besiktas are reported to have agreed a €6m transfer fee with Chelsea and will sign Ba on a four-year contract worth €2m per-season.

The Eagles released a statement on the stock exchange today confirming talks were ongoing and club president Fikret Orman revealed yesterday that the transfer was nearing completion.

The Black Eagles were closely linked with Ba last January but the deal fell through last minute.

Besiktas are managed by Slaven Bilic and finished the league in third place last season.

Ba is expected to join the rest of the team for pre-season in England after signing his contract.

Besiktas will play in the Third qualifying round of the Champions League next month in their quest to join the elite European footballing competition.