Neymar out for four weeks

Neymar out for four weeks 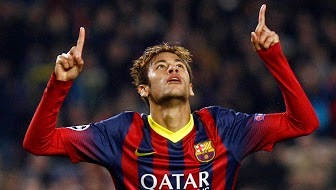 A foot problem has ruled the Brazil star out of action for the next four weeks, while defender Jordi Alba is also set for a similar length of absence with a torn hamstring

Barcelona forward Neymar will be missing for the next month after picking up a foot injury in the Copa del Rey final, the club have confirmed.

The 22-year-old endured a miserable night on Thursday as Barca were beaten 2-1 by Real Madrid, with the Brazil star guilty of missing a glorious chance in the final minute of normal time.

Neymar's misery has now been further compounded by the news he will miss the games against Athletic Bilbao, Villarreal, Getafe and Elche, though the club will be hopeful of him returning for the last day clash with Atletico Madrid.

A statement on Barcelona's website said: "The player suffered a concussion that caused an edema in the fourth metatarsal in his left foot that will require specific treatment. Recovery time is approximately four weeks."

Jordi Alba was withdrawn at half-time in Saturday's defeat and a further examination has revealed the left-back suffered a torn hamstring in his right leg.

As a result, the former Valencia man will also be out of action for a period of three to four weeks.