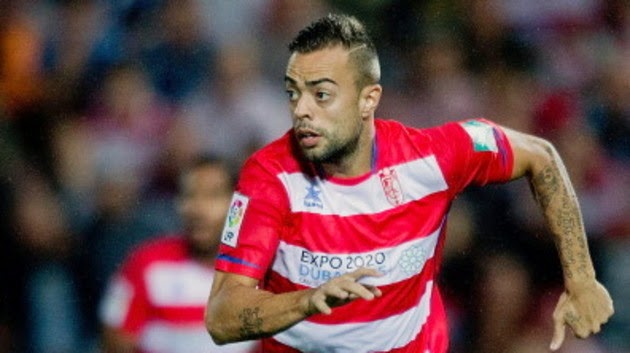 According to the Spanish Marca, Granada player Dani Benitez, currently on loan at the club from Italian club Udinese, was positive in a doping test after the match against Betis 16th February, in which he received a red card eleven minutes before the end

Is believed to be in his urine sample found cocaine, which means that he was facing a suspension of up to two years.

According to the Director of Communications Andalusian club Javier Fernandez-Rufeteu, the club still has not received an official response anti-doping commission, and will not give an official statement until it receives. However, it is believed that Granada's lawyers have already contacted the player to inform him about the intention of the club to terminate the contract of loan, which is supposed to be valid until the end of the season.

Player born in Mallorca 26 years ago is under contract with Udinese until June 2015th year, but the last four seasons he spent on loan at Granada. Under the terms of the loan, Granada has the right to terminate the contract at any time and at no additional cost, but it is less important, since both teams are owned by the same man.

Expected to management of Udinese after termination of the loan to terminate the contract with Benitez.