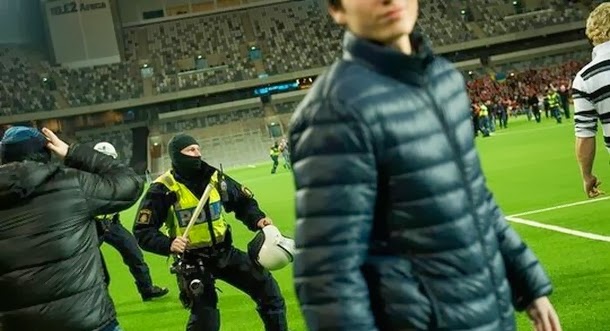 The shocking scenes of fan riots were seen today in Sweden, specifically in Stockholm, before a friendly football match between Djurgarden and Union Berlin

The meeting between the Swedish and the German second division football club in Tele2 Arena was delayed because the fans entered the pitch before the match.

The whole incident was started by the home fans have developed a banner that said "Dynamo Berlin", who is angry rival of Union Berlin. This provoked a fan of German team, who rushed the field. They threw the firecrackers, flares and soon was general chaos reigned.

Police took ten minutes to calm riots and after the captains of both teams addressed fans, the game could go. However, it failed to finish it, and was stopped at 1-1.