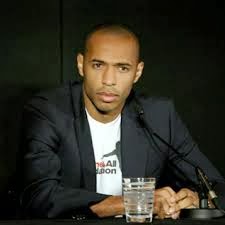 The best scorer in the history of Arsenal, a former French national team football player Thierry Henry, is currently the most wanted professional assistant commentator on the Island

Thus, the English media reported that him In Sky Sports want to engage for permanent, but great interest showed and the BBC and BT Sports.

Henry will be back in the role of expert commentator found on Saturday in the analysis of Premier League matches, and has already agreed to analyze matches at the World Championships in Brazil next year, during a break in the MLS league.


Henry's counselors say that for now too early to say whether devote himself entirely to his career as a commentator "hang boots on the peg."