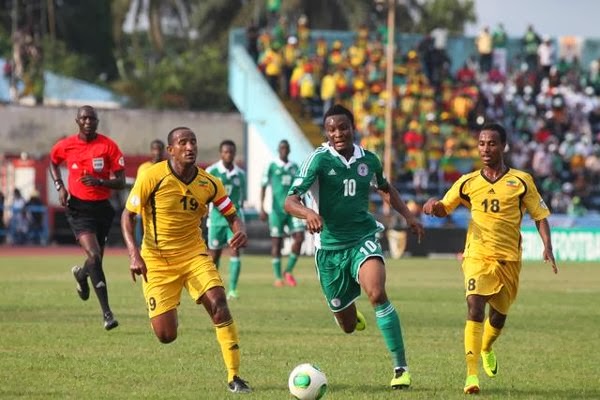 Nigeria's national football team secured a placement at the World Championship in Brazil after overpowering Ethiopia in the final, 3rd round of African qualifying


After a 2-1 victory in the first game of Nigerians, they celebrated in the second leg in Calabar 2-0 and 4-1 became the first African national team that has secured Mundial 2014th

For "super eagles" this will be the fifth placement at the World Championship after the 1994th, 1998th, 2002nd and 2010th year. Goals for Nigeria scored Liverpool's Victor Moses from the penalty and Victor Obinna from Lokomotiv Moscow.

at 11:23 AM
Email ThisBlogThis!Share to TwitterShare to FacebookShare to Pinterest
Labels: Africa, barrage for World Cup, Nigeria's national team, Qualification