For buying tickets for the World Cup applied even 5.5 million people

For buying tickets for the World Cup applied even 5.5 million people 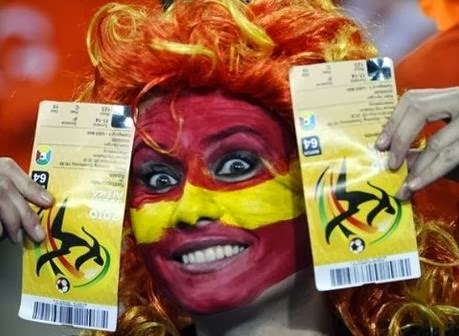 Around 5.5 million people have signed up to buy tickets for the World Cup in Brazil, published by the International Football Federation (FIFA), the day before closing first round of sales

In the first stage in sale are let close to a million tickets, and given that the demand is much higher, the lucky ones will be decided in the lottery.

The second round of sales starts on 5th November, the third 6th December, and in April will be able to buy the'' last minute'' tickets. Total sales will be released about three million tickets.

World Cup in Brazil will be held from 12th June to 13th July next year.

at 12:51 AM
Email ThisBlogThis!Share to TwitterShare to FacebookShare to Pinterest
Labels: World Cup