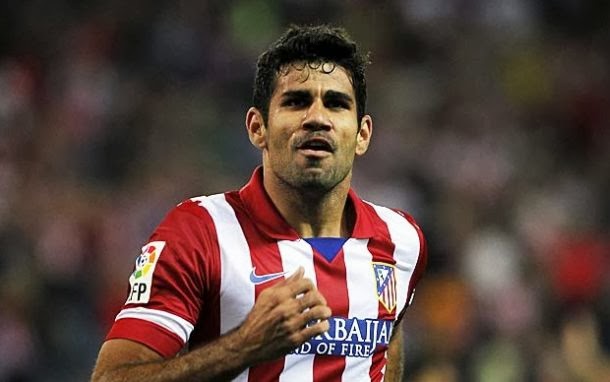 Phenomenal striker of Atletico Madrid, Diego Costa signed today documents that would allow him to play for soccer team of Spain


This 25-year-old Brazilian was not in the plans of coach Luiz Felipe Scolari, and the great interest for him expressed Football Association of Spain.

Costa has agreed to offer that in the future wears jersey national team of Spain, today officially signed a document that would allow him that.

Soon will FIFA give permission for participation Costa in shirt red fury for which would great striker made ​​his debut in a few weeks in a friendly match with Russia.

at 11:12 AM
Email ThisBlogThis!Share to TwitterShare to FacebookShare to Pinterest
Labels: Premiere, Spain