Rebellion of Muslim players at Newcastle

Rebellion of Muslim players at Newcastle 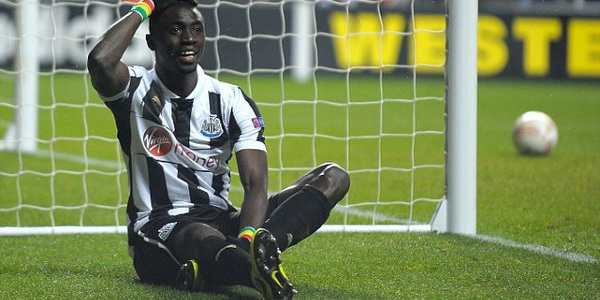 Star of the English team Newcastle Papiss Cisse has announced that next season will not wear jersey Magpie, if do not change sponsor


Specifically, Newcastle has signed a sponsorship agreement with Wonga loan house, so that name of this company should wear the next season on their shirts.

However, the Senegalese striker of Newcastle, Papiss Cisse has publicly said the leaders of the club that does not intend to wear the jersey of the team if on it will write Wong.

Cisse is a Muslim, and in Islam is forbidden to take interest on loans and Wong deals with just such jobs.

According to the Daily Mail, Cisses decision will support two other football players Newcastela, Cheick Tiote and Hatem Ben Arfa, who are also Muslims.

Something similar a few years ago in Seville team made ​​Frederick Kanoute, who refused to wear the shirt with advertising bookmakers 888.com.

Sevilla him had to meet, and Kanoute wearing jersey without advertising.

Copyright 2013 enko-football permission to use quotations from this article is granted subject to appropriate credit being given to www.enko-football.com as the source
at 12:40 PM
Email ThisBlogThis!Share to TwitterShare to FacebookShare to Pinterest
Labels: Europe News