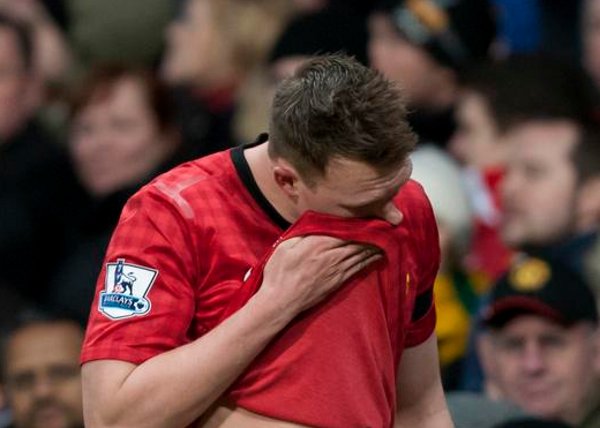 Emotional moment for all the fans Manchester United, but the club itself, managed to darkened Wayne Rooney and Phil Jones


On the social network Twiter spread information, that the after the last training before the match with Swonsea, pushed Wayne Rooney and Phil Jones. Traditionally referred English tabloids still do not have information about the event, but social networks are rife with speculation about the event. It is alleged that after the settlement between the two players,Rooney seeking help the medical team, and has earned several buckles. As we found out Rooney will be part of today's match against Swonsea, what just stirring up information about major conflict in the locker room United.
at 3:01 AM
Email ThisBlogThis!Share to TwitterShare to FacebookShare to Pinterest
Labels: Premiere League, Scandals