Mourinho: ‘Drogba could be fit for Burnley’

Mourinho: ‘Drogba could be fit for Burnley’ 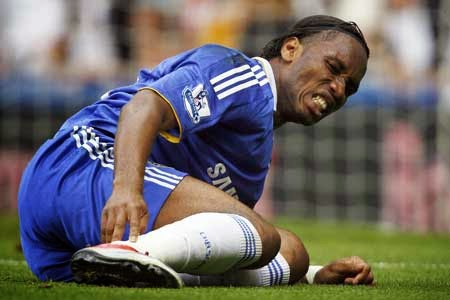 Drogba went off injured in Chelsea’s pre-season friendly win over Ferencvaros last Sunday, however the problem isn’t as bad as first feared.

“I don’t want to say [he will be] ready for Monday but, with the quality of our medical department and the mentality he has, I’m not saying it’s impossible for him to recover for Monday.”

Drogba’s took most of the headlines when it came to Chelsea’s summer transfers, although the Ivorian is expected to play second fiddle to Diego Costa.

Mourinho added that he was pleased to have purchased the former Atletico Madrid man, who scored both the goals in Tuesday’s win.

“What can we expect? I expect Diego and Diego is a team player who works hard, he’s not just about goals,” the Portuguese enthused of his £35 million purchase.

“He looks adapted to the team and the Premier League - not just Chelsea – should be happy. Sometimes we lose important players going to other countries and sometimes we bring new top players here.

“You can consider that [a bargain] because the market is crazy and the values are very high. For a striker like him, a champion in Spain, a Champions League finalist, a 25-year-old, we consider the price was very much in our favour.”