Lukaku will miss the World Cup?

Lukaku will miss the World Cup? 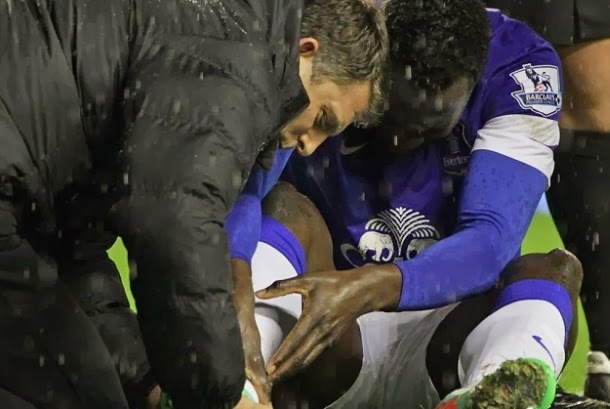 Brilliant 20-year-old striker collided with teammate Gareth Barry, and he suffered a serious ankle ligament injury. English media claim that the injury is very serious, and that there is a possibility that Lukaku misses the World Cup this summer.

"His wrist does not look very good," said after the match with city rivals Everton manager Roberto Martinez.

If Lukaku would not be ready for the World Cup in Brazil, it would be Mundial for oblivion, because in addition to the fantastic Belgian, festival the best football players of the world will miss Colombian star Radamel Falcao and the national team player of England Theo Walcott.

Lukaku would be next season, should return to Chelsea, where from he was loaned to Everton.