Arsenal for Suarez offered 40 million and one pound!

Arsenal for Suarez offered 40 million and one pound! 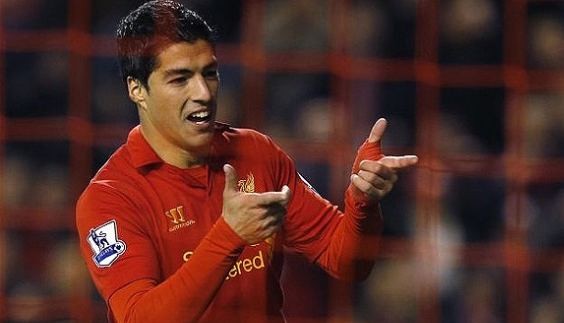 As reported by the British media, Arsenal has activated a clause in the purchase contract Liverpool striker Luis Suarez


Arsenal all summer trying to bring Gonzalo Higuain, but the Argentinian at the end, it seems, decided to reinforce Napoli. New target Arsene Wenger, impatient Gunners manager, is Suarez.

What is very interesting, Arsenal sent to Anfield unusual offer. In addition to round 40 million, Liverpool selling Uruguayan can earn an extra pound!

Suarez buyout clause of 40 million euros, and it is not clear why the Arsenal offered and one pound more.

"What do you think they're smoking over there at Emirates?"

at 4:06 AM
Email ThisBlogThis!Share to TwitterShare to FacebookShare to Pinterest
Labels: Interesting, Premiere League, Rumors