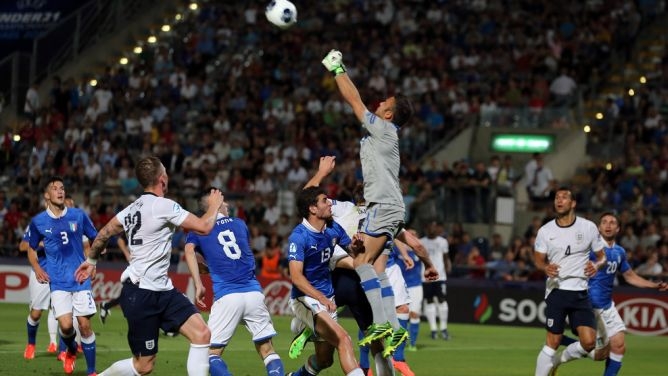 Italy last night won the match with minimum 1:0 England during the first round Group A European Championship for players under 21 years of being held in Israel. At the stadium Boomfield Lorenzo Insigne brought victory to the Italians


From the start of the match Italy started quite offensive, but did not seriously threaten England goal. Almost all of their attacks are terminated blows wide Butladnd. Only middle of the second half have marked the first blow in the frame of the goal.

Italians are attacked more and more towards the end of the meeting, and in the 79th minute Insigne hit for three points. Remember, the first match in the group A of the European Championship between Israel and Norway ended 2-2.
at 12:57 AM
Email ThisBlogThis!Share to TwitterShare to FacebookShare to Pinterest
Labels: European Championship U-21